This global launch campaign leveraged disruptive world-building tactics to help form a community of invested fans for this ambitious sci-fi series from Netflix.

This neo-noir, sci-fi series is set in a futuristic world in which the wealthy elite are able to implant their consciousness into fresh bodies. Our global launch campaign was designed to establish the show’s universe, build a foundational community of evangelists, and spark conversation among both casual viewers and hardcore sci-fi fans.

Driven by the tagline “No Body Lives Forever,” the campaign was focused on the show’s underlying premise of “immortality-by-technology,” and the intriguing mix of consequences that come along with this concept.

A theme running throughout the entirety of Altered Carbon’s marketing was an in-world branding campaign for Psychasec, the fictional company in the show that’s behind the darkly alluring technologies that enable immortality.

This “world-building” approach signaled to potential fans that Altered Carbon represents a universe multifaceted and detailed enough to be worthy of their time. The Psychasec corporate-propaganda tactic also provided us with an elegant vehicle through which to explain potentially confusing aspects of the show’s storyline. 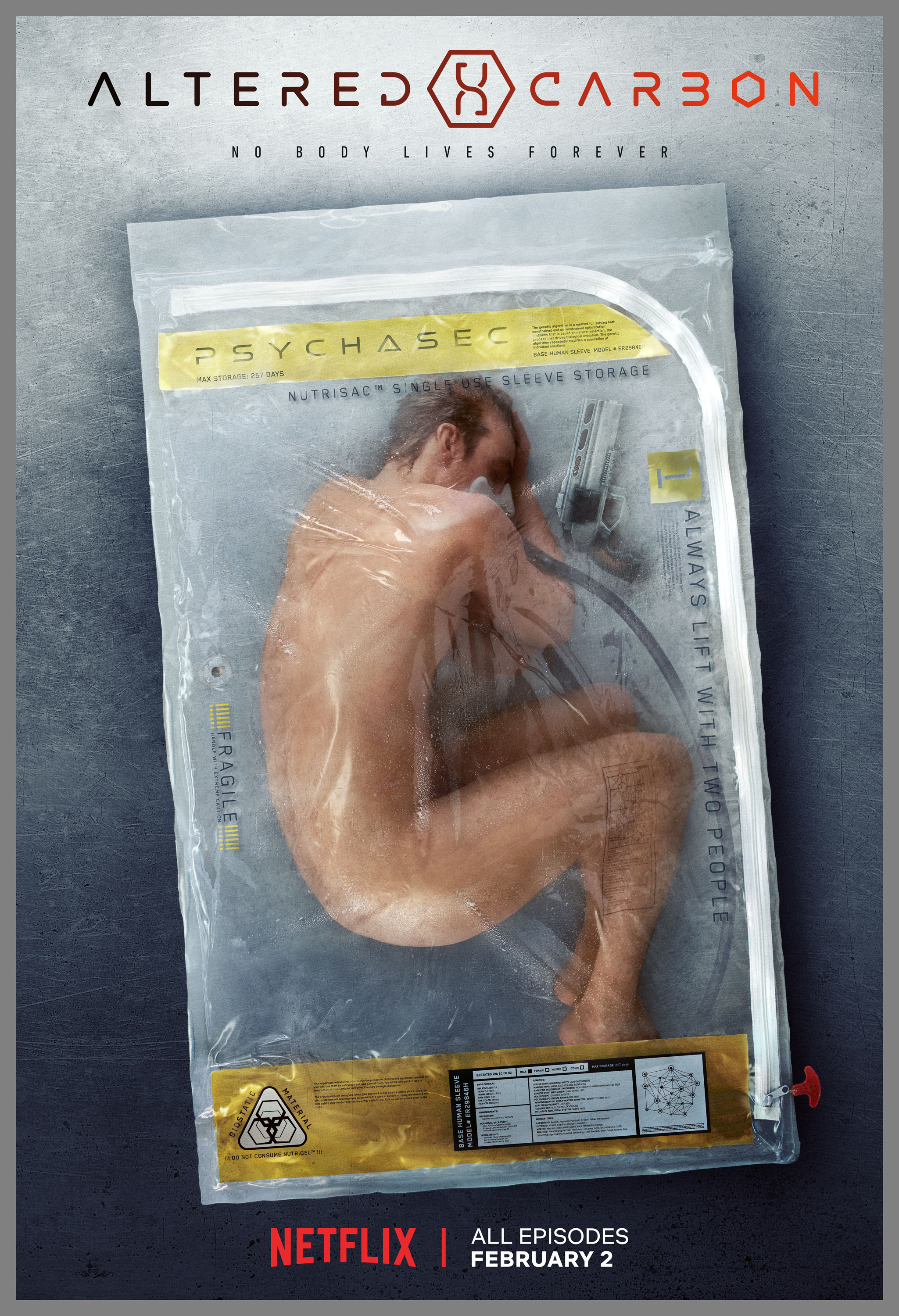 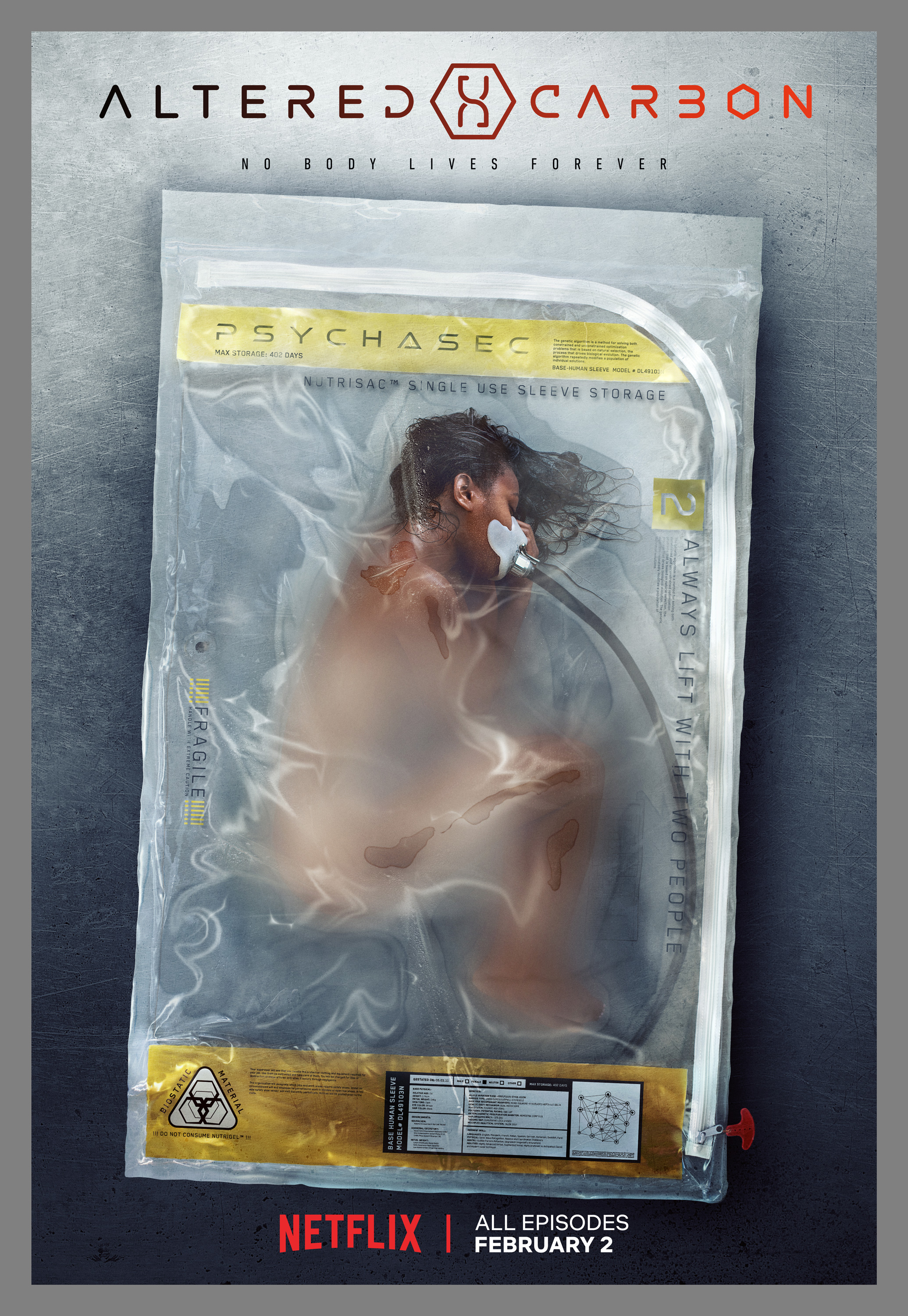 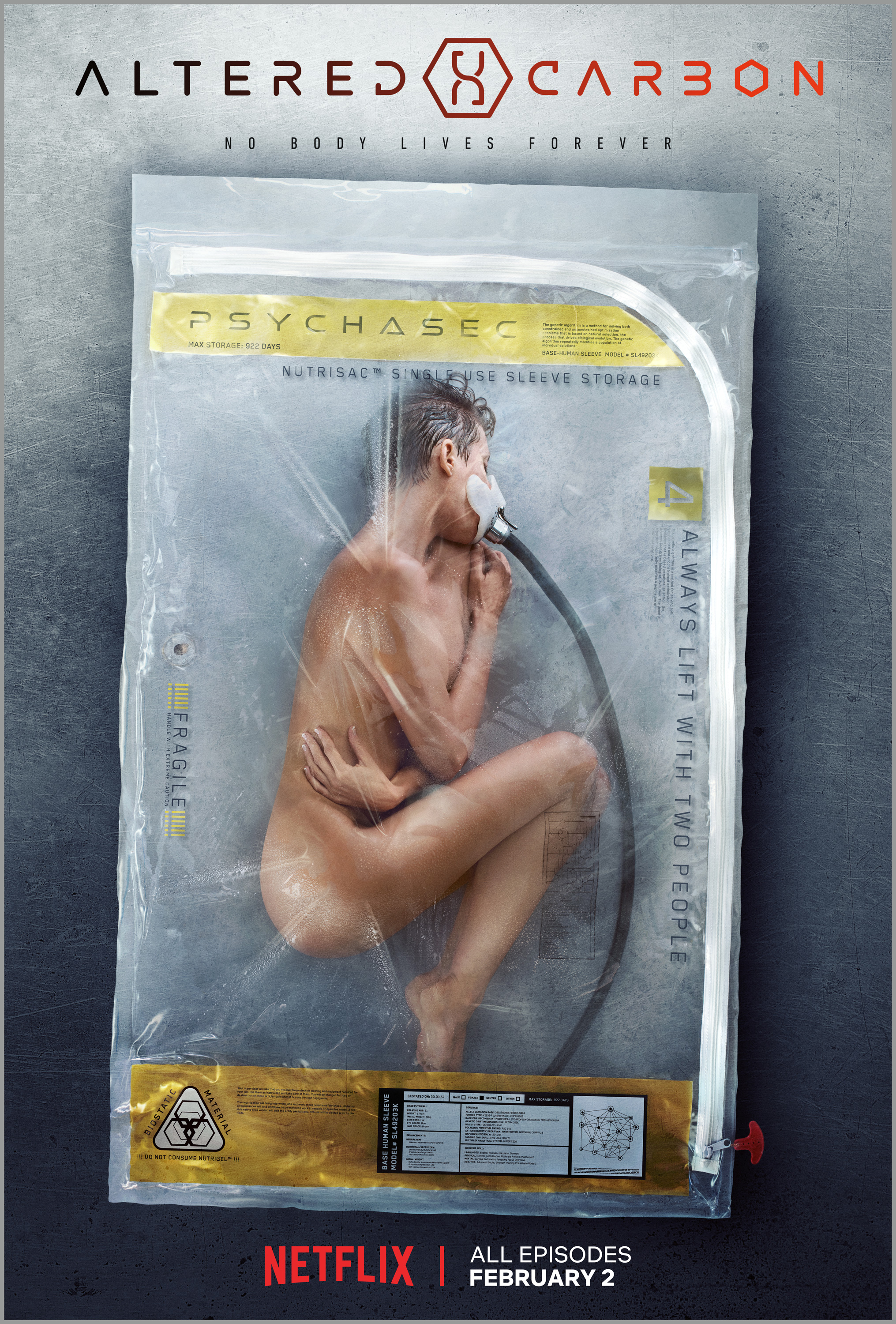 Cryptic short-form teasers in the form of luxury-brand spots for Psychasec introduced the concept of using human bodies as "sleeves." These stills, GIFS, and microvideos comprised an early-campaign tactic meant to engage the attention of sci-fi fans who crave immersive worlds.

Fronted by Psychasec corporate propaganda, this trailer began to reveal details about the show while announcing its release date. With little show footage available at the time, the vast majority of this spot was shot originally by gnet on set to match the look of the show.

Experiential collaborators Kamp Grizzly staged a corporate booth for Psychasec at The Consumer Electronics Show. Featuring a jarring, life-size version of our iconic body bag, the botth was staffed with faux Pyschasec employees trained to explain the company's technologies to startled convention attendees.

Later-stage social teasers delve deeper into Psychasec's "cortical stack" technology. We used the sinsister-looking stack incision on the back of each character's neck as a visual-device to help unify a series of short-form character intros.

Closer to launch, we shifted the focus from the show's underlying premise to its plot. This story trailer simplified the show's complex sci-fi narrative into an intriguing twist on a murder-mystery.

The campaign’s multilayered approach laid the foundation for what ultimately became a community-driven hit. AdWeek named Netflix’s shocking public activation as “The Most Innovative Media Plan of the Year.” The campaign ignited and sustained global conversations, garnering 398.5M impressions and making Altered Carbon 2018’s 2nd-most google-searched TV show in the world. The series, which was quickly renewed for Season 2, currently boasts a 90% audience rating on Rotten Tomatoes and a 96% positive rating by Google users, indicating a healthy core fanbase forming around this new IP.

Netflix’s Shocking Public Activation for Altered Carbon Was the Year’s Most Innovative Media Plan
Netflix is goofing off with lab-grown bodies at CES
"This isn't just a science featurette, but an advertisement for Psychasec, the technology in Altered Carbon"
'Altered Carbon' Is a Sexy, Android-Filled Cyberpunk Dystopia
‘Altered Carbon’ Trailer: There’s Life After Death in Netflix’s Sci-Fi Series